A love note to e-mail and e-mail readers

Thank you E-mail for delivering me the important things I need to know about. Enjoying the fact that you let me sip through you on my own pace and time and allowing me to see everything in a time organized manner. Thank you for not engulfing me with unnecessary images and self-starting video advertisements. Thank you for giving me a way to reply and sort my messages. Thank you also for allowing me to filter my messages based upon my own criteria. Also a big thank you (with imap and SMTP) for allowing me to get to my messages on different devices and having them all synchronize the folders. Thank you also for allowing to sign and send secure email with Pretty Good Privacy. I forgive you for the occasional unexpected message from a far - away land as I can simply toss these in the junk folder. Thank you for keeping track of you over many years and after changing many different devices and even accounts. I hope we can enjoy many years together more.

I upgraded the camera hardware in my @fairphone

Pretty proud that I was able to replace the camera modules in my #FairPhone 3 with the latest camera upgrades.

It is really awesome how Fairphone made a truly up-gradable phone possible and they made it really easy to take apart the phone.

The process does require steady hands and some nerve to execute. Detaching the screen from the frame was exciting. You need to get everything to "click" and not "break".

Everything came apart as planned and taking out the old modules and putting in the new was no issue. I did forget to take away one of the blueish protective covers of the front-facing camera module, after I had put the phone back together. So I had the exercise of taking apart the phone twice.

Followed the instructions from Fairphone themselves

The old modules are on their way to IFixit in Stuttgart Germany for refurbishment or recycling.

I've met my own fundraising goal, but my team still can use your support!

To all my friends, thank you for supporting my head-shaving fundraiser for St. Baldrick's Foundation. I am amazed to share that I have already smashed my goal, with $1045 raised for childhood cancer research.

We'll be going live on Facebook during the event, set for this Saturday at 18:00. @Jeff Neu, whose superhero 5-year old son Jake just beat cancer and rang the bell in June this year after three and a half years of treatment, is hosting the event. Many people will shave their heads and some will share their stories, and you are all invited to join if you are curious and have time.

This is the first time I do anything like this. While I am still a little nervous about shaving my head, I know it will be fun and I am grateful and humbled by the support you've all given me!

I am supporting the fight against childhood cancer! 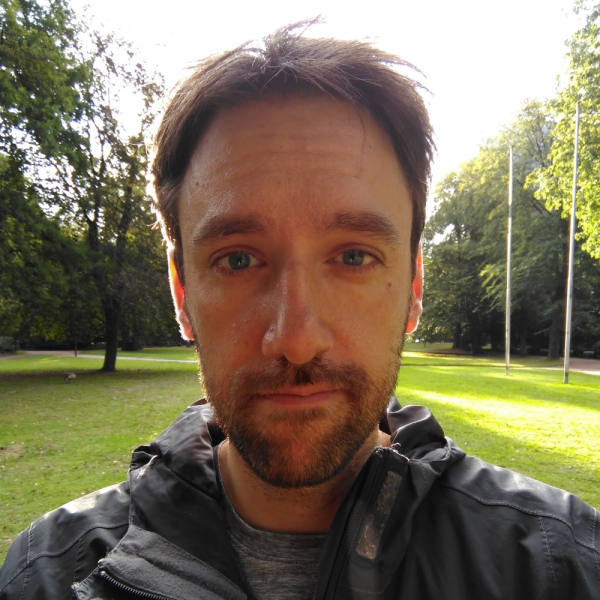 I am shaving my head to raise money for childhood cancer research. Sponsor me to help me reach my goal of a €1500.

I will shave my head to raise money for childhood cancer research. Sponsor me to help reach my goal of €1500.

Childhood cancer strikes more than children alone, it attacks whole families too. Did you know that almost half a million children will get cancer each year, and that in Europe and the US, one child out of 5 will die within 5 years from diagnosis? Did you know that there is little funding for childhood cancer research, with many treatment protocols dating 20, 30 or even 50 years? And that these treatment protocols are more intense than the ones for adults, and can last years?

I had no idea. But now that I do know, I want to help, because children can´t fight cancer alone. My fundraiser is in support of the St. Baldrick's Foundation, one of the most important childhood cancer research charities worldwide.

When you support them, you help fund critical trials and grants in more than 377 institutions in 30 countries.

This Saturday afternoon I will take part of a live event together with other families that will share their personal experiences with childhood cancer.

If you want, you can follow me live as I am getting my head shaved.

I am a bit nervous, but I know it´s going to be fun!

Please sponsor me to help me reach my goal of €1500 by this Saturday.

See this page if you have a Twitter account and want to control what kind of ads you get served: https://twitter.com/settings/your_twitter_data/twitter_interests

It contained over 300 keywords, some of them I totally did not know why they would be added to my profile, some clearly wrong (Loud Orange Face was in there too) - so I started curating the list. The UX of this page is terrible.

In my case, there are over 300 checkboxes in a long list and there is no way to go through the process of unchecking the boxes easily because on EVERY click a POST request is sent to Twitter, which creates a brief moment where the user needs to wait before they can click on the next checkbox.

So obviously when a lot of people do this at the same time, especially now after watching the Social Dilemma documentary, clearly this page was not designed with that kind of traffic and server load in mind.

Was it done deliberately to discourage people to maintain this list? After 10 clicks or so the server is responding with error 503 ("Service Unavailable" or "over capacity") and none of the changes you make to the list is actually stored. I only noticed this after a reload. Yes, you can happily click further ignoring the error toast notification, but none of your changes will be saved.

Contact-less cash in the Real World?

How to hand out cash contact-less?

Got a SwatchPay watch developed by Swatch and G+D Mobile Security, the other Saturday as a father’s day gift. I activated the payment function today using the Boon Virtual Debet Card I had registered for some months ago. Since WireCard in Germany is filing for bankrupcy there was some confusion and uncertainty.

The nice people at the Düsseldorf @Swatch store had to verify that it would work. It did. Some time later I paid contact-less for lunch with my new watch. Pretty sleek and COVID - safe.

Being able to pay contact-less is pretty great. But people on the street who depend on small change donations are really left out. I simply don’t carry cash and coins anymore with me. My credit-card size wallet also attest for that.

So how could we give small-change using a contact-less cash system? Similar to how in China vagrants use Alibaba Pay QR codes to beg for a small contribution on the street.

How would that work with a system that relies on NFC like SwatchPay? Give everyone who needs it access to NFC readers? What is the cheapest, most battery-efficient, weather-proof, solar-powered NFC reader payment terminal you know of?

It would have to be a system that works offline, but where the collections can be transfered into a system that exchanges for actual cash or exchange for food and clothes or shelter. People who have no identification should also still be able to use this system. The reader would have to taken care of as if it was actual cash.

How can we digitalize small-change donations in Germany where a large part of the population, luckily, still trusts cash in the hand more than electronic payment systems?

So the best solution is that we would reverse the devices. The people on the street all get “SwatchPay - like” watches or a similar thing like a card. They work without a battery, need only to be registered once. Then it would be up to everyone else to use their phones, or a portable NCF payments-capable device, to initialize the donation transaction. There would be an app for that. Just like the existing Boon or SwatchPay apps.

Instead of paying, we would be giving.

How much technology is inside the SwatchPay watches? It’s an NFC tag chip, similar to the ones we all have on our bank and credit cards.

How SwatchPay! Works (source)
Payments are made possible by the NFC chip, which is located on the back of the case. In a ring around the bezel, the watch has an antenna that catches the radiation, connecting the chip with the payment terminal. This is exactly the same technology as your bank card uses. You can activate your watch with your internet banking system. Setting this up costs about ten minutes. SwatchPAY! uses a method they call tokenization, which creates a unique “token” for the device. Simply store your credit or prepaid card on your smartwatch via the app (activation of SwatchPAY! watch in Swatch store) – the app is available for iOS and Android.

More insights in the tokenization can be found in the PDF: SwatchPay case-study by G+D Mobile Security.

Giesecke+Devrient Mobile Security is a company based in Munich, Germany

I’m not an engineer or have really investigated fully into the technical side of this, but the logic seems sound. What if we could tokenize everything this way?

And how we would avoid abuse is a whole different level of challenges to look into.

Trying to obtain an Access Token for IndiePub with IndieAuth to be used in IFTTT requests so I can link other Web Services with my site.

I was able before to get a token using https://gimme-a-token.5eb.nl/, and the integration with Pocket, Deezer and others worked, but I revoked all access tokens and today it no longer works to create a new token on my Known instance running version 1.2.2.

This post is about trying to solve this issue.

Got the endpoints of my server using:
https://indieweb-endpoints.cc/search?url=https%3A%2F%2Fsocial.johanbove.info

After entering all the fields in "Gimme A Token" and going through the process to get the access token, I end up on https://social.johanbove.info/indieauth/token with the message "Client mismatch". And I'm not sure where to go next.

What is causing this "client mismatch"? Did Known get safer or is "gimme-a-token" broken?

Going to reach out to Seb and Marcus in the next days.

So I can rule out that "Gimme-A-Token" is broken.

Thanks to the greate people on the #knownchat IRC channel (thanks Aaron, Greg and sknebel) I have a pointer towards htaccess and http/https redirecting. Looking into that now.

It seems that for a correct IndieAuth authentication, I had to add a hard-coded "me" url in the head of the Known head.tpl.php file so the Known homepage would always have this link:

This resolved the https://monocle.p3k.io site error message and I can log in in one flow without having to retry.

But unfortunately I'm still getting "Client mismatch" errors with "Gimme a token" most of the time. I did manage to get once an actual token which I can now use again for IFTTT PESOS syndication.

Actually: Beaker OS would be very similar to Google's Chrome OS which installs on many laptops. What would be necessary to make Beaker OS "bootable" ?

A list of basic applications any computer should have

The website is hosted green. Antagonist bv is using green energy / compensation for its services.