New addition to the MiniDisc player/recorder devices: a Sony MZ-R70 in near mint condition! 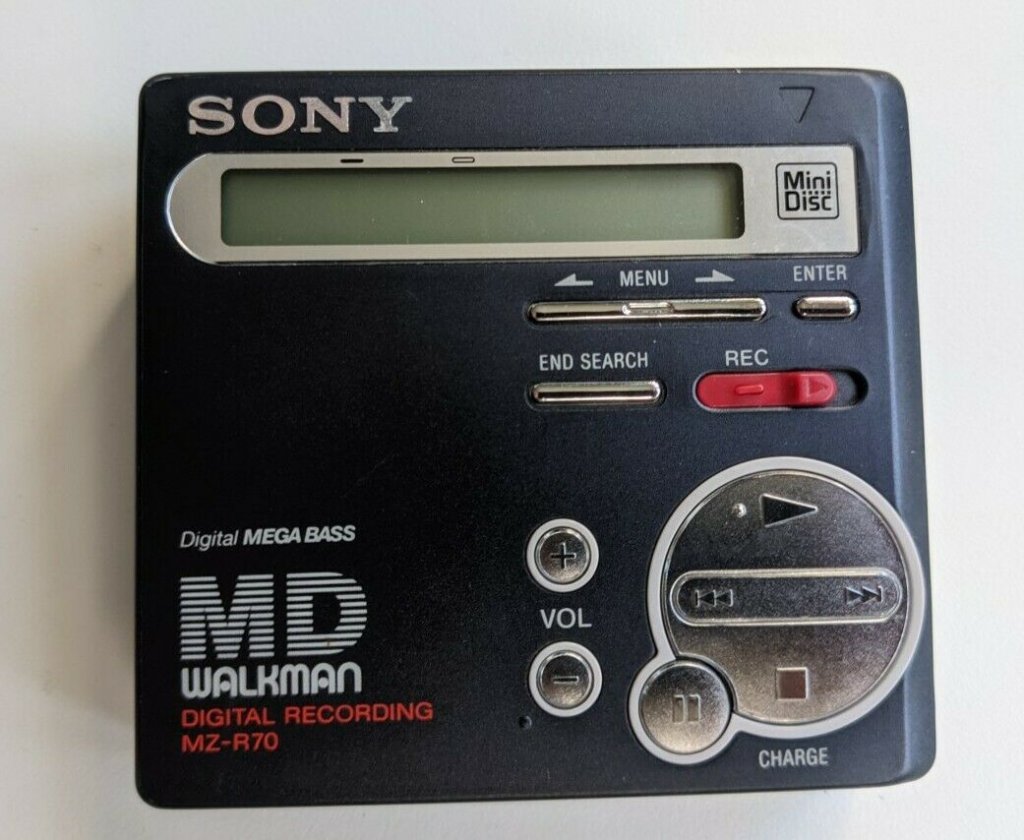 No remote included, but it's not a big loss since the original remote didn't have the LCD display anyway and all the functionality is also accessible on the device itself.

I went with this non-NetMD device for the following reasons: